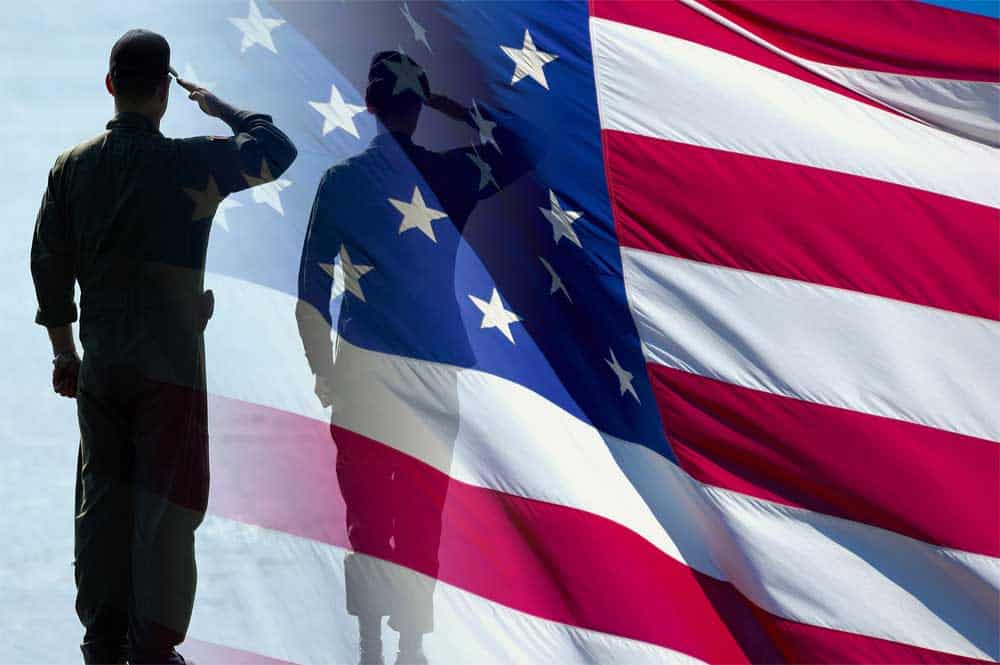 A grand old flag may fly proudly, but what do you do once it’s worn, tattered, torn, or faded? Do you just throw the beloved flag out into the trash? Is this considered respectful to the country?

What most people don’t seem to know is that it is illegal to throw away the American flag. The Flag Codes, or rules about the American flag, have notes stated that the flag should be destroyed with dignity.

Here are our preferred methods to retire an American flag. We hope they’re helpful to you!

Burning
It may seem like a surprising answer, but burning the American flag is actually a respectful way to discard it. This, of course, is only a valid statement if the flag burning is done within the proper context. To properly burn the American flag it requires a rather specific ceremony where the flag is folded into a triangular shape.

The flag is then left to burn while being saluted or having someone at the ceremony recite the country’s Pledge of Allegiance. If so inclined, the flag burners may also sing the National Anthem. This process is mainly for retiring personal flags at home and not usually done by businesses.

Burial
The burial process for the American flag starts with designating a quality wooden box. This will serve as the flag’s vessel or, dare we say, coffin. Folding the flag once again in a ceremonial manner, the flag is placed inside the box, sealed, and then buried in the ground.

Some have been known to have funerals for their flags, giving a speech or observing a moment of silence.

Shredding
Another way to dispose of the American flag properly is by shredding. Use fabric scissors to out the thirteen stripes, leaving the field of stars in one piece. This process actually only replaces the step of folding for the two discarding methods mentioned above. After the flag is shredded, it still needs to be either burned or buried.

Where To Give Your Flags For Disposal
If you’re not fond of the idea of disposing of the flag yourself, you have the option of handing it to a select number of organizations. The Boy and Girl Scouts of America, the US Military, Veterans of Foreign Wars, and The American Legion all provide flag disposal services. If you are without the ability to gain access to these organizations, consider contacting your local government. Happy recycling!